4 Reasons Why You Should Never Underestimate Kids

The second your kids start growing up you get it – these little tykes are smarter than what they told you they’d be. You’re carefully teaching them about the world that surrounds them and suddenly, blam! They completely blow you away.

To illustrate this point, we chose four of our favorite kids that surprised everyone with their determination, good questions, compassion and smarts. Trust us, after reading this you will never want to underestimate a child again. Who knows what they’re capable of when they’re…

The fact that this is noteworthy says a lot about how we underestimate kids. Riley’s just a kid but she knowssomething is off. And she’s pissed. See the way she slams her hand down on that box? That’s the best kind of frustration she can have. You go Riley!

No video here but bear with us. Kyle, a gay teacher in Canada, sees over the “tough” class at his school. His 13-14 year-old students are known to be rowdy and many teachers have problems with them – especially a specific group of boys. Imagine this class knowing that you’re gay – what would you expect? Now, every morning, the entire class shares a “YouTube of the Day” video sent in by the kids. One of these boys comes up to him one morning and asks to play a video. Kyle’s hesitant because he hasn’t had the time to preview yet – but the boy insists. Let’s let Kyle tell the rest of the story:

Given what Harry listens to, I’m wary. He listens to a lot of rap and hip-hop, and that’s fine, but I’ve heard some non-school-appropriate language come out of the music he listens to. So I ask him if it’s appropriate for school; he tells me yes. This kid is many things, but he has never lied to me. Not once. So… I take a deep breath and tell him okay. What the heck.
So he goes on over and pulls it on up, and on comes a song I have never heard before. The artist is rapping about growing up gay, about the struggles of being gay, and about standing up in the face of hatred and homophobia. “Same Love,” by Macklemore and Ryan Lewis. The video was beautiful.
And there’s Harry, proudly watching along with the rest of the class as the artist stands up for those gay kids who struggle, and the video shows a difficult, lonely life culminating in a fabulous wedding. Harry. My “tough kid.”
The video finishes, the kids applaud, and I thank him, and he says to me, “I told you you’d like it.”
And then his loud, rude friend Mark says: “That was for you, Mr. K.”
The whole class applauded again – for me this time – and then I cried. I cried the proudest tears I have ever shed.
Harry and Mark… they might tick off every teacher they ever have, but today they gave this teacher a moment he’ll never forget.

Damn those onion ninjas, damn them. You can read the entire story here.

This two year-old boy’s sister was complaining about her toys going missing in the middle of the night and showing up in her brother’s room. She began to lock her door but toys kept disappearing. Puzzled, her parents decided to stay up one night and film what happens. What they found out is that they have a very smart and determined son that needs an urgent talk about private property and the meaning of “breaking an entry” – at two years old!

We would never, ever, ever mess with this kid.

Five year-old Jayden Sink was appalled with The Westboro Baptist Church’s tactics. Wanting to do something, she decided to set up a lemonade stand on the sidewalk of the Equality House – Westboro’s neighboring house that was recently painted with the colors of the rainbow. 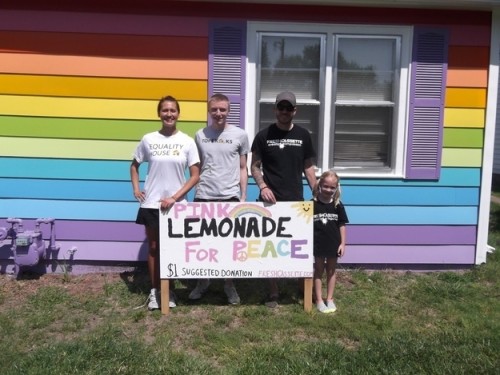 People would get a glass of lemonade for every donation and the money would go towards the work of Planting Peace, the non-profit organization behind Equality House. She raised $400 on her own during the day she was there – and a whopping $20,486 through Crowdrise.com from donations by those who couldn’t drop by (and you can still make them if you want to).

Many people want to make a difference and inspire others – Jayden managed to do that at just 5 years old. 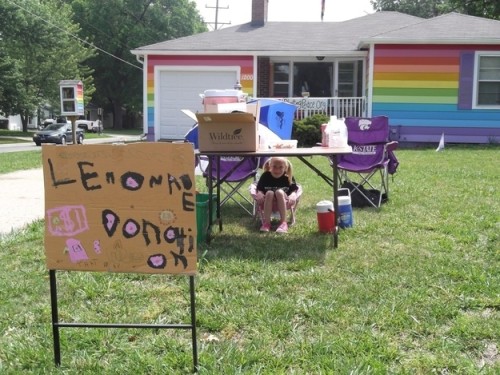 We preach a lot about staying kids-at-heart even as we grow up. But here’s why it’s important: the innocence needed to do that is exactly what the world needs. Good questions. Good intentions. Good deeds. Good lock pick- ok, maybe not that one, but you get the idea.

Any kids who inspired you recently? We’d love to hear about it!