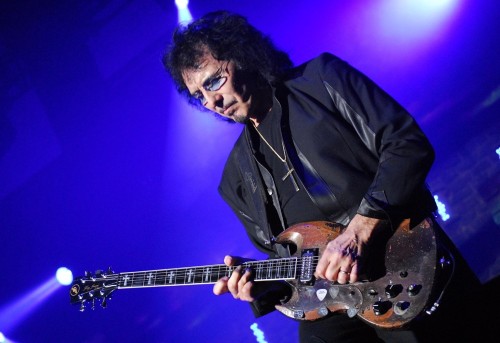 The lead guitarist and primary composer of the FIRST legendary heavy metal band, Tony Iommi, had an accident when he was 17 years old and instead of quitting turned his disability into a new sound. While working at a metal sheet factory, leftie Tony lost the tips of his right-hand middle and ring fingers, which made fretting the guitar impossible. He first tried playing the guitar with his right hand – but when that didn’t work, he first molded plastic tips to protect his fingers and re-adapted his tecnique. Then, as bending strings was tough on him, he also tuned down his guitar, going from E to C# – and so, the down-tuned, heavy metal guitar sound was born.
4) Joni Mitchell 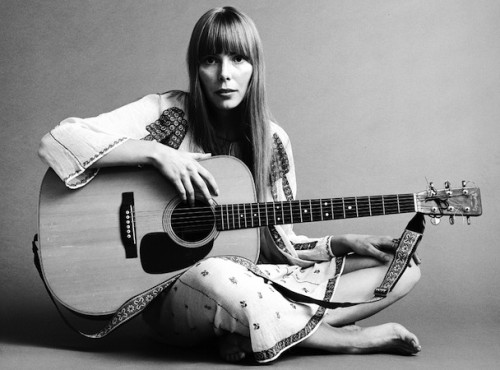 Try to learn any of the hundreds of Joni Mitchell’s songs and you’ll find something that’s a bit peculiar: all of her songs use several different and strange open tunings, that give her guitar an ethereal and full sound. Open tunings (which we already wrote about in this blog) are very popular in folk and blues. But Joni had another big reason to use them: when she was just 9 years old Joni contracted Polio, which seriously affected her left hand. Playing with opening tunings made it easier for her to learn to play the guitar – kind of what the Loog already does for kids, but way before its time

According to Joni, her limitation then became “a tool to break free of standard approaches to harmony and structure” in her songwriting – and a breath of fresh air for music lovers, even today.
3) Vic Chesnutt 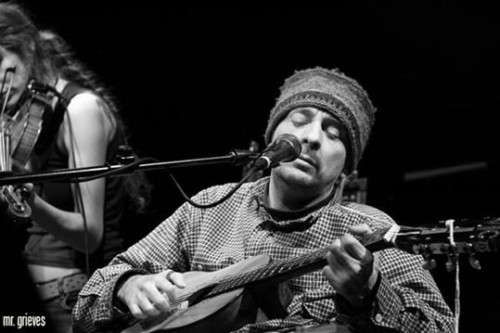 Good ol’ Vic was one of Americana’s best-kept secrets. An underground artist during the 80s and 90s, he became famous with the release of a tribute album where several famous artists covered his brilliant and poignant songs. When Vic was 18, a car accident left him partially paralized, limiting the movement of his hands. Vic had to use a wheelchair for the rest of his life – and could only play very simple chords, in a very rough way. Yet that didn’t stop him from having a brilliant career as a songwriter, with a little help of his musician friends and his beautiful, powerful voice.
2) Les Paul 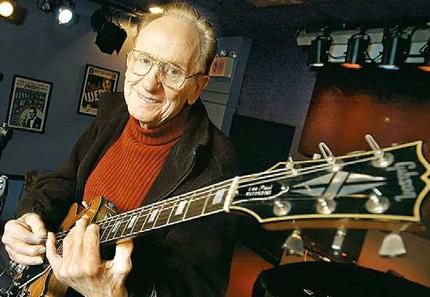 Lester Willia Polsfuss, AKA Les Paul, was not only an amazing jazz guitarist and the guy that gave the iconic Gibson Les Paul its name – he was also a great luthier and inventor. He collaborated with Gibson in the creation of the electric guitar, and was a pioneer in using techniques like delay, double tracking and phasing in his own recordings. In 1948, Lester had an almost fatal car accident which affected his right arm and completely shattered his elbow. Reconstruction was impossible, and he would lose movement of his arm forever. In one of the most rockstar moments in history, Les Paul asked the doctors to put his right arm in a fixed angled position, so he could keep playing his guitar. It took almost a year of recovery, but he continued to play, for more than SIXTY years, until his death in 2009. That’s punk rock.
1) Django Reinhardt 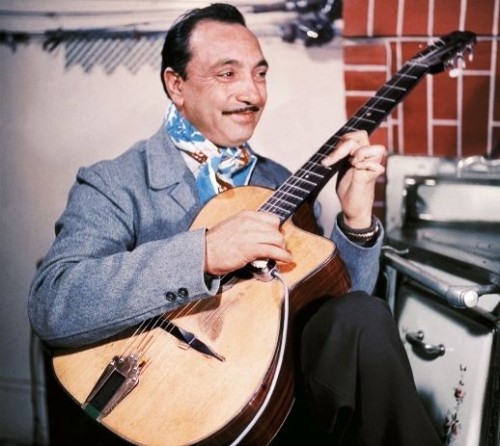 We all know Django, right? He’s easily one of the greatest guitar players of all time. Creator of several jazz standards and father of the Gypsy Jazz and Hot Jazz genres, Django started playing at a very early age, and was already making a living with his music at 13. He lived in a Romani camp, with zero formal education and taught himself how to play. One night when Django was 18, a fire destroyed the caravan where he lived with this wife. He suffered severe burns on half of his body, mostly on his right leg and in two fingers from his left hand, where he lost all mobility. The doctos said he would never play guitar again. Of course you know that’s not what happened. With patience and some physical therapy, he created a new technique to play guitar, using his index and middle finger for all his super-fast solo work and the two paralyzed fingers to play chords. You can see his technique here:
Almost all of these guitarists thought that they would never play guitar again, yet slowly found that their disability provided them with a new approach to the instrument. So new, in fact, that all overcame their problems and created the best music of their career post-accident. Limitations, in art, are always a gateway for freedom. So remember: when stuck in front of a hurdle or when struggling, try to turn it around and, like these musicians, explore the freedom in your limitations. The world will later thank you for it