5 Fathers in Songs that Don’t Get Enough Credit 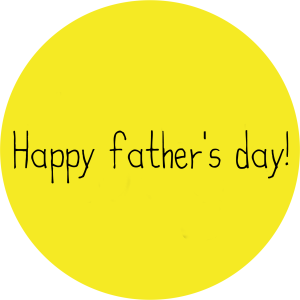 June 17 is Father’s Day in the US and, as we’ve told you before, we’ve gotten endless emails from dads telling us how much they love the Loog for their kids – and how much they enjoy borrowing it to play themselves. Some of them have even gone out to get a second Loog Guitar to jam together!

In fact, we know many of you will be receiving one on Sunday (but we promised we wouldn’t tell). So, to make the wait less painful we decided to create a tiny playlist to keep you entertained til then

Despite ‘Dad’ songs being much more common and popular than their ‘Mom’ counterparts, people still give mothers a lot more credit for their children’s upbringing than dads. And, in this day and age, that’s simply just not fair. So, to set the record straight, we’re sharing with you five different songs where the dads involved are just downright unappreciated, becoming second-rate characters in the big scheme of the song’s story. And of course, this list starts with…

As Dusty falls for the kid’s inner bad boy, it’s the preacher who gave him his irresistible good boy appearance. Just think of it this way: with no preacher there would be no son. And with no son, no song. The guy certainly deserves some credit. Actually, there’s another dad who has it as bad…

2. The Blower from Damien Rice’s The Blower’s Daughter

Damien might not be able to get his eyes off of this girl, but the blower invented his daughter. That’s right. And kudos for him! Not only did he create a hypnotizing woman, he also taught her to never settle – not even for someone like Damien Rice! That’s just good parenting.

Let’s face it: if the Greek girl’s dad hadn’t been loaded, she would probably had never walked into the same pub as Jarvis Cocker. Plus, she would never had been interested in how ‘common people’ live, inspiring this timeless song. But most importantly, Jarvis would have never gotten a free rum & Coke. That’s generosity right there.

This one’s a bit tricky considering there’s no general consensus on whose father this is. When you first listen to it, you’re convinced it’s the flamenco dancer’s dad. Then you read the lyrics and hey, wait, he doesn’t say ‘her’, he says ‘his’. Some say he’s a completely irrelevant character while others swear it’s none other than Mr. Jones Sr. Whoever he is, he’s cool enough to play guitar and go out with his son – and we’re all up for that.

Ok, we lied. This one does usually get some credit – but not exactly for Father’s Day. Yes, he’s not your regular father, but hey… he’s exactly half of the song and doesn’t get title credit. He also actually knows how to darn socks and makes it out alive from the song. That’s talent.

Who else should have made it into this list? Let us know in the comments!