Girls and Playing Guitar – What Will You Tell Your Daughter? 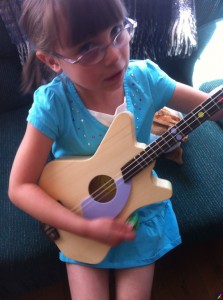