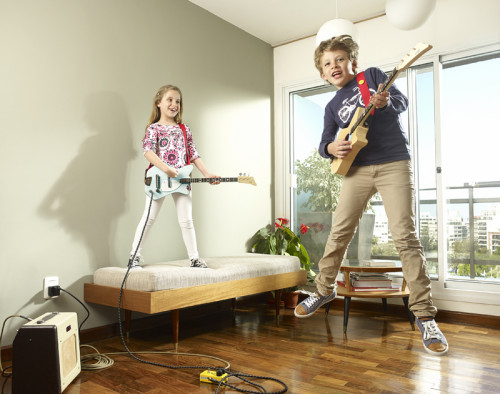 Busy is an understatement if we’re describing the last couple of days here at Loog Headquarters. But what an amazing understatement it is! For starters, the Electric Loog Guitar Kickstarter project is slowly but steadily growing in funding and we’re getting more and more excited as every day goes by.

The good news just keeps piling up! Apart from everything that happened last week, the Electric Loog was featured on CrowdLifted yesterday and also made it as Kickstarter’s Project of the Day over the weekend – all in just 7 days! And this has all been thanks to you – we feel like we have no words to show how much we appreciate it. Thank you, you guys really rock at making some noise!

(Just a quick reminder: if you’ve been meaning to pledge but haven’t yet, you can do so on our Kickstarter page – the minimum pledge for the Electric Loog is just $1. Or, if you’d like to help us out, feel free to share that same link on your own social media accounts. Thanks!)

THE SWEET, SWEET SOUNDS OF THE ELECTRIC LOOG
And speaking about noise, here’s something to give all those pictures we’re sharing a voice. As our Kickstarter video said, the Electric Loog is a small, tiny instrument with a huge, serious sound. But we’re not going to let you take our word for it – we’re going to show you in this blog post right here. 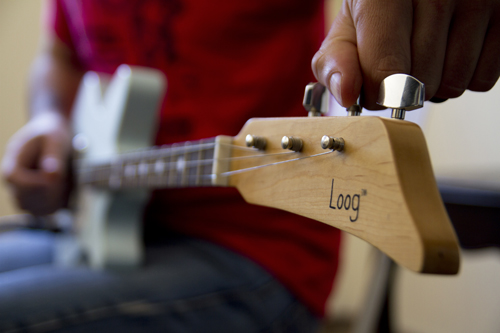 Keep in mind that even in the SoundCloud tracks, there are no shenanigans going on: all sounds, loops, licks and riffs were played exclusively with an Electric Loog Guitar – this is the real deal.

Turn the volume up, sit back and start daydreaming about what the Electric Loog will finally sound like in your hands:

(A huge thanks to Dinamita Pereda who’s playing in these two videos – this guy seriously knows his guitar.)

And now for some SoundCloud goodies:

(Speaking about knowing his guitar – another huge thanks to Pablo Faragó, the genius behind the Electric Loog Land track.)