Ronnie joined the Stones in 1975. His look, lifestyle and hard guitar have made him somewhat of a legend among few world class guitarists like Eric Clapton. And he has played hard since he was just a kid – he comes from a family of Water Gypsies that loved to live their lives singing and celebrating nonstop. 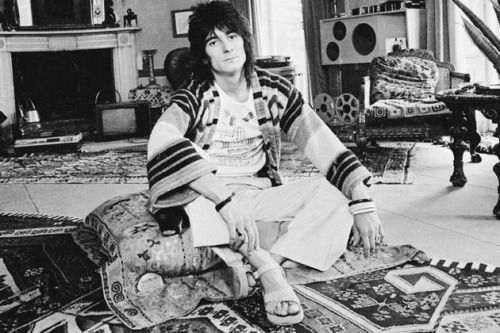 He started his career in The Birds, and then joined The Jeff Beck Group, led by front man Rod Stewart. After that, both of them left to join The Faces. This group split up in 1975, just in time to let Ron become one of the main cogs in that huge, rocking machine known today as The Rolling Stones.

Ron is the main culprit behind massive Stones hits like Start Me Up and a whole bunch of their most popular songs. But, what about the songs he wrote before even joining the World’s Greatest Rock and Roll Band? (*) Here’s our favorite Ron Wood pre-Rolling Stones songs for you to enjoy during the weekend – and end up celebrating 68 years of one amazing artist on Monday. And if that’s not enough to pique your interest, at least check them out to listen to Ronnie’s very own singing voice

(*) We can call them that – Wikipedia says it’s ok

4. All Shook Up – The Jeff Beck Group

8. Plynth (Water Down the Drain) – The Jeff Beck Group