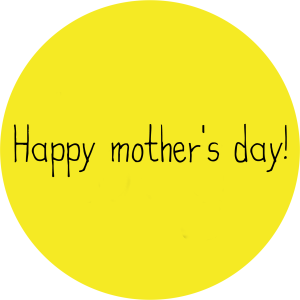 You knew it was coming – and we’re just eager to please! This Sunday is Mother’s Day in most parts of the world and we couldn’t just let it pass without honoring the women who gave birth to and/or raised us.

But, of course, there’s a twist. If years of therapy jokes have taught us anything is that one’s relationship with their mother is, in most cases, a bit complicated. And things hit a whole new level of complex once we become parents ourselves, trying to emulate the good and leaving out the (allegedly) bad.

So here’s our Unconventional Mother’s Day Playlist, each song dedicated to a special kind of child or parent. And at the end of the day, no matter what your relationship with your mother is, you should thank the woman – parenting is probably the hardest thing in this life and at least she gave it a shot :-)*

Ah, nothing like a little karma to settle things straight! Once you’re a parent you finally start to understand your mother like never before – the good and the bad. This song focuses on the good which is, ultimately, what this Sunday is all about.

You all probably know John Lennon’s story (his dad left when he was a baby and his mother died when he was 17) and his song Mother is a pretty good reflection of it. Yet anyone who has ever had a problem or went through a rough time can perfectly relate to “Mama don’t go, / Daddy come home” – even if you’re in your late thirties and supposed to be a full-blown “grownup”.

Johnny Cash – Send a Picture of Mother (The Remorseful Child)

We all want to make mom proud but sometimes we just fail. This is what this song is about: an inmate that’s sentenced to death asks his pardoned friend to go back home and see his family. His only wish? To never tell them that he’ll be killed and to send a picture of his mother back to him before he dies.

This is actually about housewives addicted to pain killers and not a very good example at all. But we’d thought it would be a nice reminder of how much work being a mother really is. And hats off to all mothers who managed to raise kids without little helpers!

Sufjan Stevens – Decatour, or Round of Applause for Your Stepmother (The Plus-oners)

Sucks to have a parent remarry. But think about how harder it is for the person they are getting married to! Little (and fully grownup) kids can drive stepmoms crazy in more ways than one. Let’s acknowledge their patience, respect, effort and persistence to win us over this Sunday as well!

Whether you loved them or hated them, your sheltered childhood and helicopter mother made you the awesome person you are today. Even if she still doesn’t approve of your dating/marrying abilities.

The title kind of says it all, huh?

*Disclaimer: all the Loog team’s mothers are perfect and beautiful and succeeded in raising good-looking, smart, amazing kids. Or at least that’s what our mothers tell us.